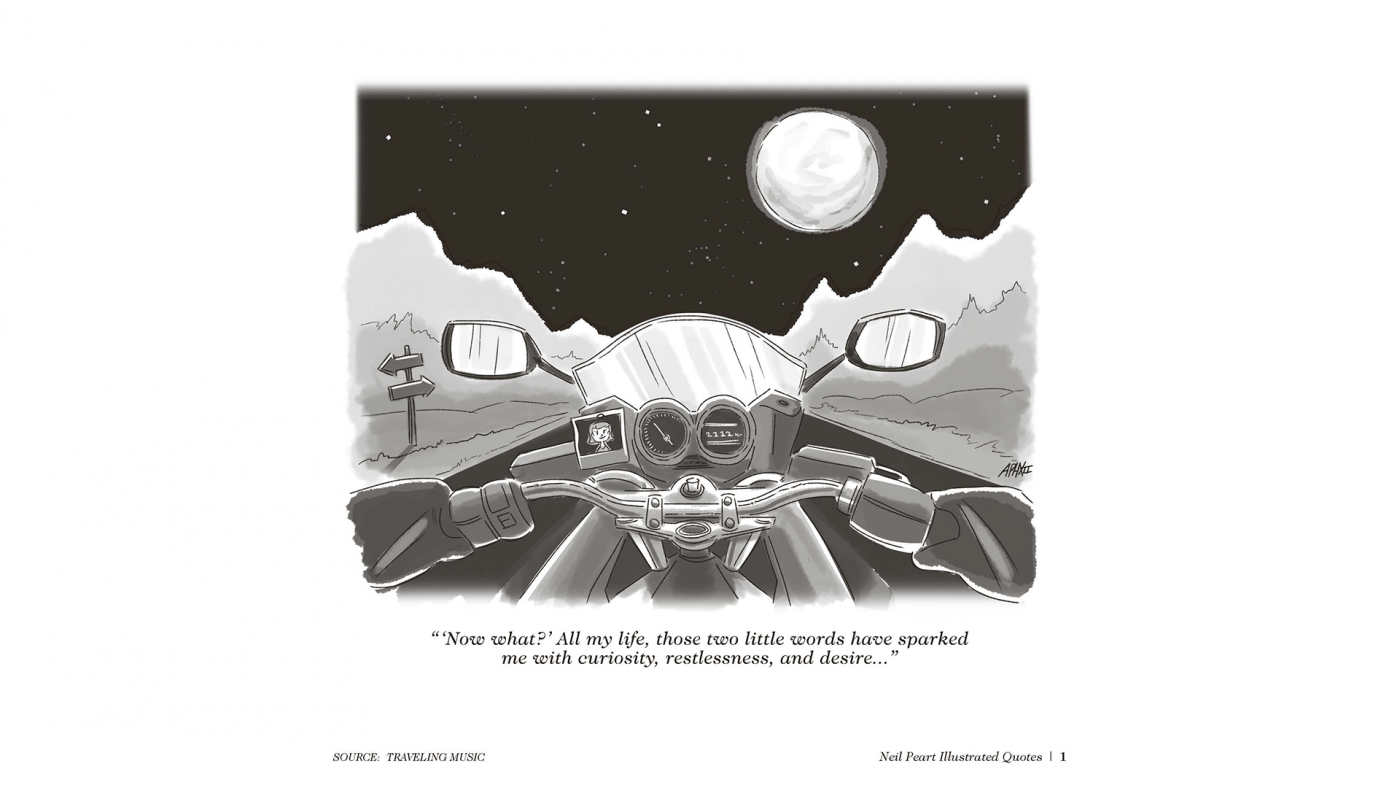 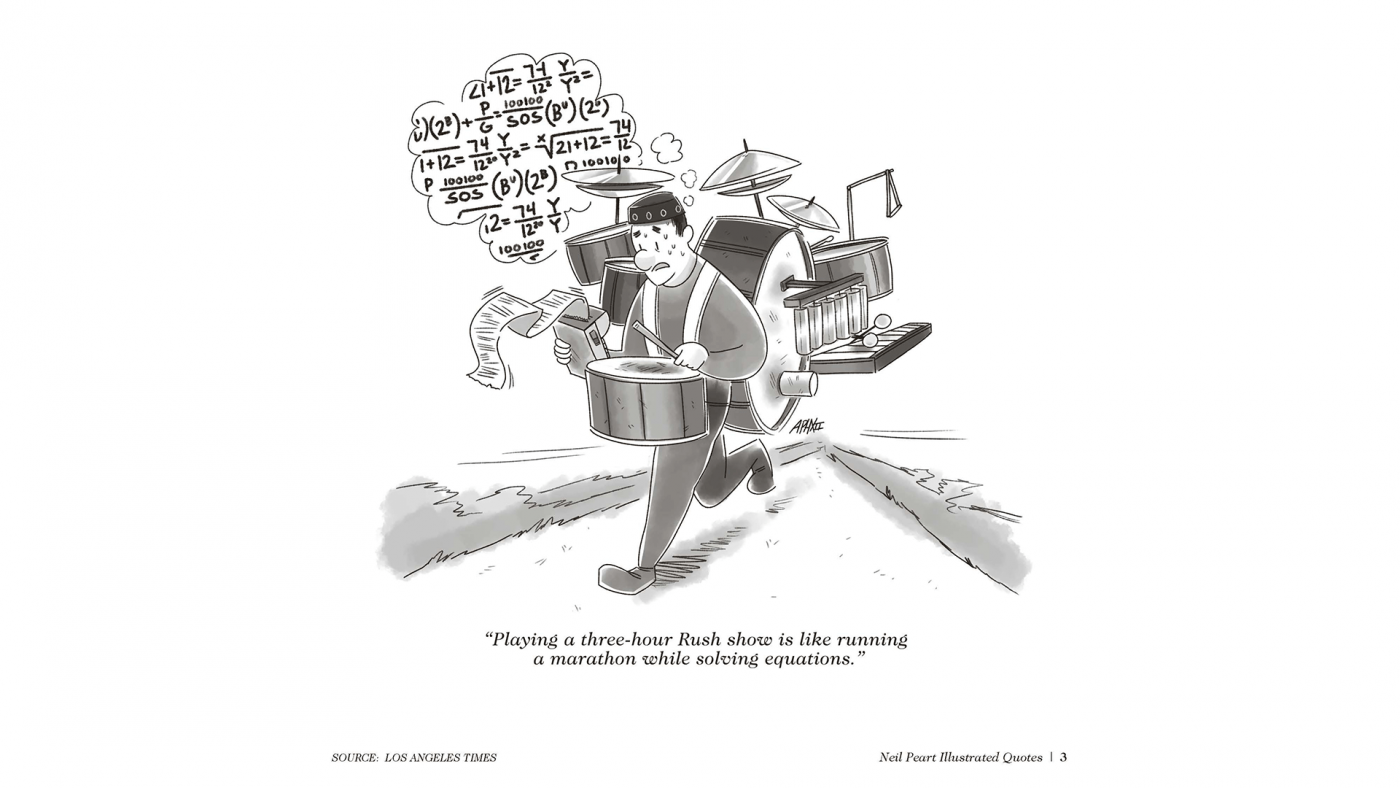 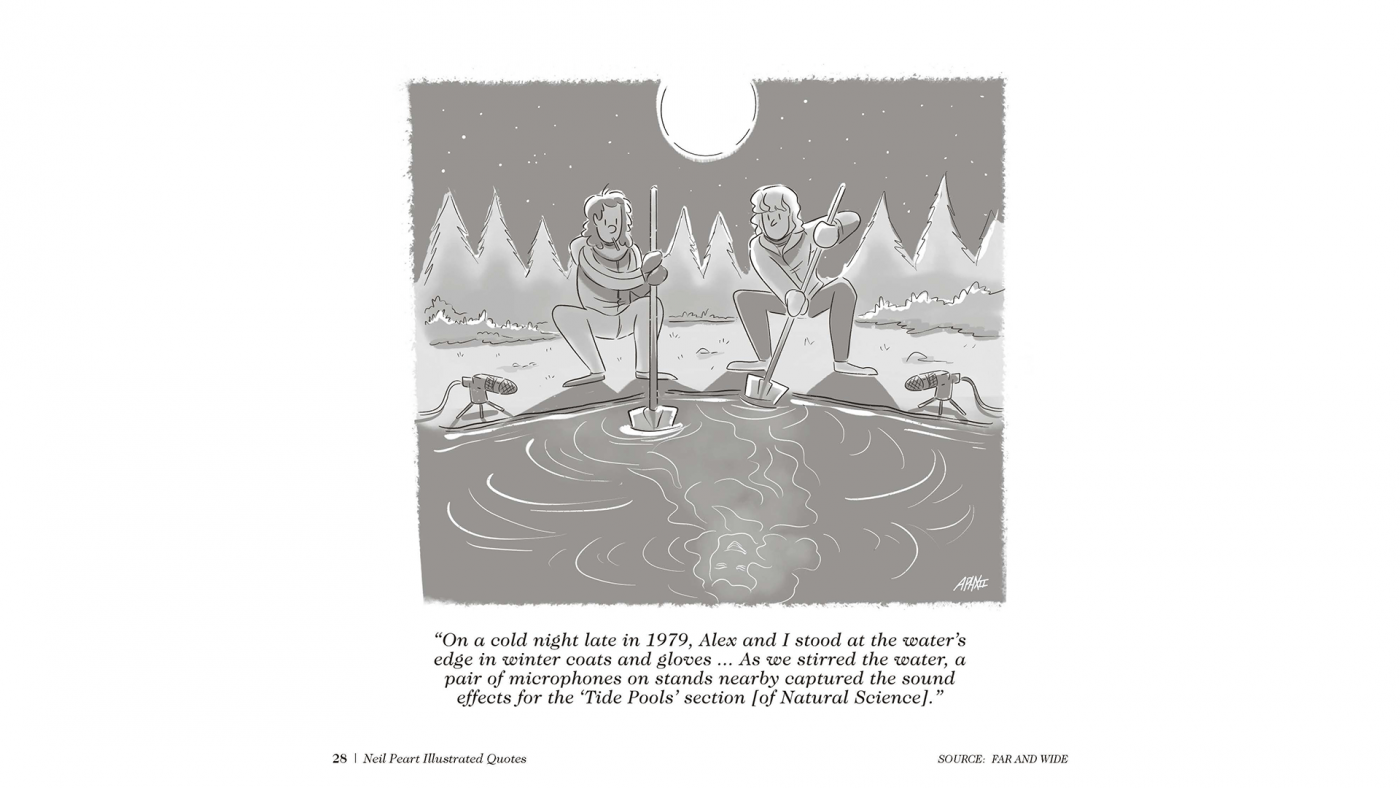 The first—and only—official collection of illustrated quotes from RUSH drummer and lyricist, Neil Peart, Neil Peart: llustrated Quotes pairs elegant illustrations with some of Neil’s greatest remarks to bring the poignant words of one of the world’s greatest drummers to life.

“How could anyone ever be bored in this world, when there was so much to be interested in, to learn, to contemplate?”

Before his untimely death in 2020, Neil Peart was considered to be one of the greatest drummers to have ever lived. As the drummer and primary lyricist for the multi-platinum selling rock band, RUSH, Neil charmed the world with his introspective and eclectic writing. Heavily inspired by science fiction, fantasy, philosophy, and his many cross-country trips on his motorcycle, Neil crafted universal lyrics that encapsulated the social and humanitarian issues of the time.

While Neil is said to have inspired famous bands—like the Foo Fighters, Smashing Pumpkins, and Rage Against the Machine—with his lyrical chops, he contributed far more to the world than just lyrics. Neil also penned nine books, many that recount his trials and triumphs from decades spent on the road, giving the world affecting, memorable thoughts about life, loss, and inspiration.

Pairing striking black-and-white illustrations from the acclaimed artists at Fantoons with some of the drummer’s greatest quotes, this fantastic illustration book keeps the beautiful words and musings of Neil Peart alive.

Neil Peart: Illustrated Quotes is the first and only Neil Peart quotes collection authorized by Neil himself. Not only does the book provide RUSH fans—both old and new—the opportunity to dive into Neil’s inspiring messages whenever they need a pick-me-up, it also serves as a love letter to Peart and his beautifully crafted words that have inspired and influenced millions around the world.